Gmat Vs Gre – Which one suits Your Academic Needs?

Gmat vs Gre – which one is better for you? Choosing the right form of examination is only the start of your academic journey. As part of our Gmat vs Gre article, we will show you the advantages and the advantages of taking one test over the other.

As we know, there are quite a lot of college admission test out there, depending on what domain you want to study. There are standardized tests like the SATs, which can determine your college readiness, and there are more specialize aptitude tests like the MCAT, TOEFL, GRE, and GMAT.

Gmat vs Gre – What is GMAT?

GMAT, which is short for Graduate Management Admission Test, is an evaluation specifically designed for those who want to get admitted into a business school. Although most colleges who have business specialty accept SATs or GREs, more specialized institutions are stricter when it comes to admission, requiring the candidate to have earned a passing degree in GMAT.

If you are interested in pursuing a career in business, here’s all you need to know about the Graduate Managed Admission Test.

As we’ve mentioned above, you should take GMAT if you’re really interested in following a career in business. We would also like to add the fact that unlike the GRE evaluation, which we will cover in a moment, the GMAT is only limited to the business sectors.

This means that with the GMAT in the bag, you will only be able to secure your MBA, but you will be unable to access other master’s degrees.

The GMAT is exclusively offered on a computer, and the examination typically lasts for 3 and a half hours. Here are the topics covered by this form of examination;

Before we move further to the comparison section of our Gmat vs Gre articles, let’s take a good look at our second contestant.

Compared to GMAT, candidates who decide to get tested using the GRE evaluation can access other fields of study rather than business.

Compared to the GMAT, we could say that the GRE aptitude test is much more generalized, due to the fact that it mainly addresses undergraduates one of the seven fields of study who want to earn their master’s or doctoral degree.

Presently, most of the Universities which have one or more business from all over the world accept the GRE evaluation. However, there are other who require only the more specialized GMAT.

Overall, the GRE evaluation is easier than the GMAT examination, meaning that it puts more emphasis on the candidate’s way of thinking a problem, rather than requiring him to apply all that he learned to the letter.

In comparison with the GMAT, which is only offered in a computerized format, the GRE can be taken on the computer as well as on plain paper.

Here are the topics covered by the GRE system:

The GRE system has a scoring system that starts from 260 and goes all the way up to 340. Here’s how the score is distributed among the topics:

Typically, a good GRE score is considered to be around 326, while a good GMAT score hovers around 700. Let’s take closer look at the two, in order to see who wins the Gmat vs Gre competition. 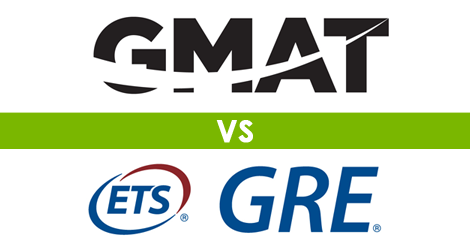 Gmat vs Gre – What are the Differences?

Probably one of the most obvious differences between the two sets of evaluations is that the GMAT is only useful if you want to enroll in a business program, while the GRE is an all-purpose examination. In many regards, we can state that the GRE is the SAT of undergraduate evaluations, while the GMAT is the MCAT (Medical College Admissions Test) of undergrad testing.

Let’s take a closer look at the difference between Gmat and Gre, in order to see who wins the Gmat vs Gre contest.

These are the major difference between taking the Gre or taking the GMAT. The question that still remains is: who’s going to win the Gmat vs Gre competition? 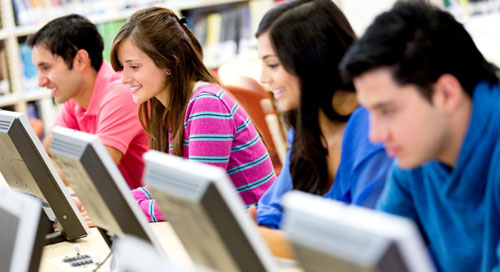 Gmat Vs Gre – Which one Should You Take?

There is no easy answer to this question, because, both of the two tests respond to different academic needs. While the GMAT reaches out to those who are willing to pursue one or more business-oriented programs, offered by some of the most distinguished institutions like Stanford or Harvard, the GRE is more suitable for those who want to have more options on the table than business.

In the end, the decision to opt for one test over the other is entirely up to you, but we are here to provide a couple of long overdue answers to your questions.

Let’s start with the most obvious ones. From a statistical standpoint, more Universities which have a business program will be willing to accept a candidate with a passing GMAT average, than those who have had a passing GRE degree.

Basically, we are looking at over 5,000 institutions all over the world who accept GMATs, compared to 1,100 Universities who accept the GRE system.

If you’re thinking to take the GRE, then there are a couple of things you should be aware of:

Now, if you think that the Gre is not your cup of tea, here’s a few tips on how to ace the GMAT:

If you have taken the GRE or the GMAT, then you should know that you can equivalate the results, according to your academic needs. Bear in mind that not all institutions will be willing to accept an equivalent degree, so check before taking this step.

Furthermore, if you’ve taken let’s say the GMAT, and you would like to know what your score expressed in GRE points, there are tons of GMAT-to-GRE or GRE-to-GMAT conversions tools out there on the web. Bear in mind that these tables are being given as a guide, and that they don’t represent an actual equivalation of your final results.

Another thing that you should keep in mind is that both forms of evaluations are valid for a total period of 5 years, so don’t worry too much if you were unable to get accepted by your favorite University because you can try again next year.

The bottom line idea is that there are quite a lot of difference between the two forms of examinations, but surprisingly enough neither one of them has an edge over the other since it all boils down to the candidate’s choice.

On the one hand, we could easily say that the GMAT topples the GRE since there are more institutions accepting this form of examination, but, from a numerical standpoint, there are more candidates taking the GRE each year than the GMAT.

Before concluding our Gmat vs Gre article, we are going to leave you with a few parting notes. First of all, before taking any of the two tests, keep in mind their major difference, as well as all the skills you have learned during your years of training.

If you are interested in majoring in Humanities, then it would be a better idea to take the GRE, instead of the GMAT. The GRE’s syllabus is specially made for those who can see a flowing connection between words, phrases, and context.

On the other hand, if you really want to pursue a business career, then it would be more than advisable to take the GMAT, as some of the most prestigious institutions in our country like Harvard and Stanford, are always on the lookout for candidates who have obtained an excellent GMAT score.

Also, take into account the fact that both of the two forms of examinations are taken in secure locations, which are constantly monitored by cameras in order to discourage any form of foul play.

In order to ace both of the two forms of evaluation, you can always download free GRE or GMAT sample sheets from the Internet. They are not to be considered the ultimate GRE/GMAT tutors, but they will help you in getting your bearing.

Furthermore, try to keep in mind that, in the end, the only thing that differentiates the two forms of examination is the way you shape your own future.

Next post
A Comprehensive Guide to Real Estate Investment Banking